Brighton Green and Labour cuts – workers and communities fight back 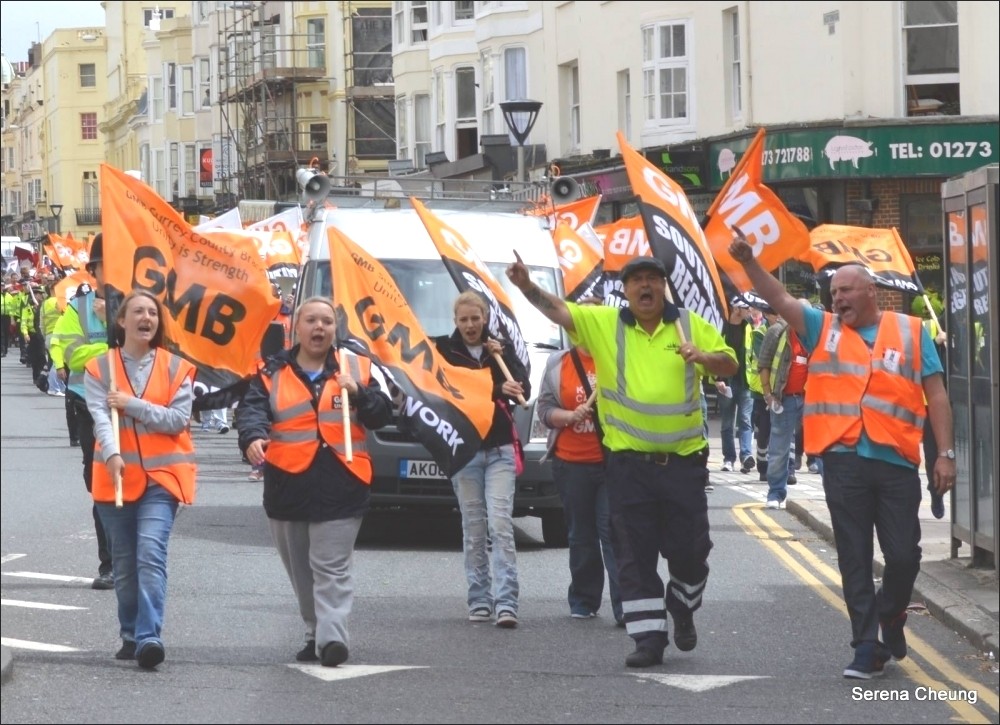 Austerity has left Brighton without vital services, a housing crisis and rising poverty as wages are cut, with bills, council tax and charges on the rise. Over £170 million a year has been cut from the annual council budget by Tory central government since 2010.

Failing to resist Tory cuts, Brighton Green and Labour councils have carried out massive cuts to jobs and services. The Green council is now preparing to cut a further £18 million.

But council workers and communities have fought back. Moulsecombe Primary School fought academisation, and the GMB union won £4 million in wage increases for the lowest-paid council workers in Brighton.

Despite inflation being over 7%, the council is only setting aside 2% for the council workers’ pay award. The council is sitting on £39 million in reserves, and this doesn’t include assets they own or could borrow against to protect and improve services.

These resources could be used to set a legal, balanced, no-cuts budget and launch a mass campaign to restore government funding. There must be an end to cuts, closures, increased taxes, rents, parking charges and asset stripping.

We need a council budget to meet the needs of the city, and councillors who are prepared to fight. And we want to build a mass campaign uniting council workers, their trade unions and our local communities to fight for the £170 million stolen from Brighton by the Tory government, so we can reverse the cuts and build a socialist recovery for all.

The Socialist Party is part of the Trade Unionist and Socialist Coalition (TUSC), with transport union RMT and others, to provide an electoral alternative to the pro-cuts political establishment.