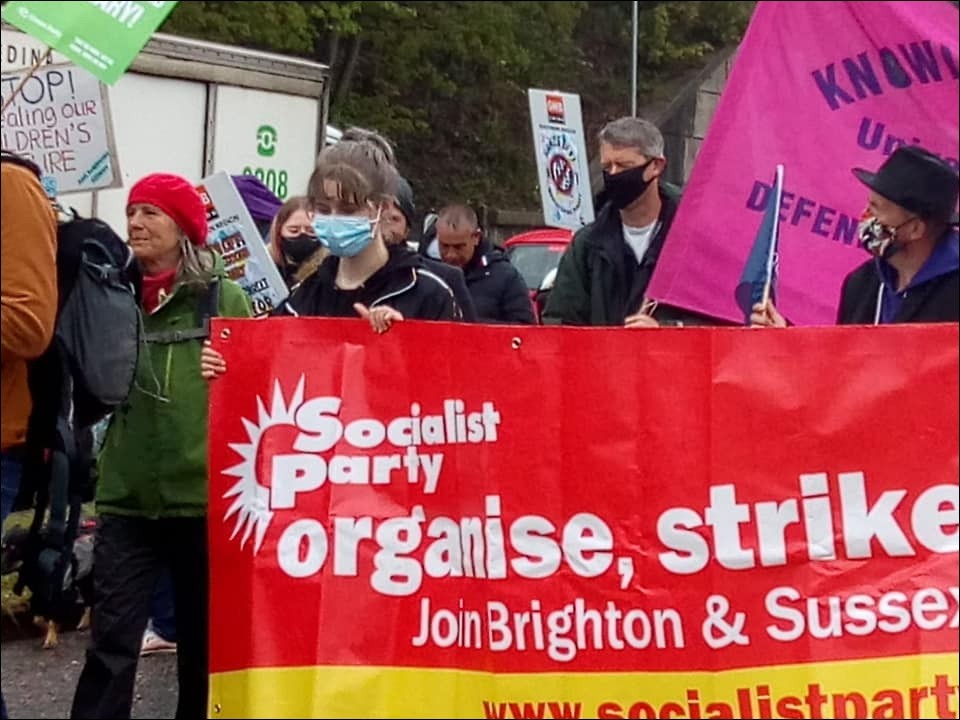 Saturday 15 May saw teachers, parents, pupils, trade unions and socialists march together to show that the forced academy takeover of Moulsecoomb Primary School in Brighton will not be allowed to happen.

Moulsecoomb has been within the capitalists’ sights for years now. Education bosses are determined to move the school out of local authority control and away from oversight of elected school governors, to transform it into a less-accountable academy – with more scope for profit to be made delivering services. Three times the staff and families have had to fend off academisation attempts, and thrice they have sent the academy bosses packing. Now the enemy has returned.

In 2019, the school was given the worst possible rating by Ofsted inspectors. Among the inspectors was Timothy Rome, who is also the Regional Director of The Pioneer Academy. The same academy chain that now wants to take over Moulsecoomb!

Staff in the National Education Union, and Unison and GMB unions took two days of strike action in April in opposition to the plans. Further strike dates could still take place.

While the constant attacks on the education service are as depressing as they are relentless, the fightback from the community is inspiring. When Lee Mason-Ellis, the CEO of Pioneer came to inspect his latest acquisition, the parents – with support of Acorn community union – locked the gates.

For three hours Mason-Ellis waited outside, calling in every authority that he could think of, including the police. When that didn’t work, Lee returned during the evening – and he would have gotten away with it too, if it weren’t for that pesky personalised number plate. He was then boxed in by cars, and his lovely white Mercedes Benz was decorated with flyers for a march to oppose the academisation.

Our Socialist Party banner marched proudly alongside those who have fought in this campaign. One protester remarked: “Who better to march with than the Socialist Party?” We must continue to fight against individual attempts to privatise our children’s education, and to end the spread of academies – supported by both the Tories, Labour, and the Green minority council in Brighton. Education must be fully funded and run with the democratic oversight of the community, staff and parents.