Fed up of cuts? Join the Socialist Party 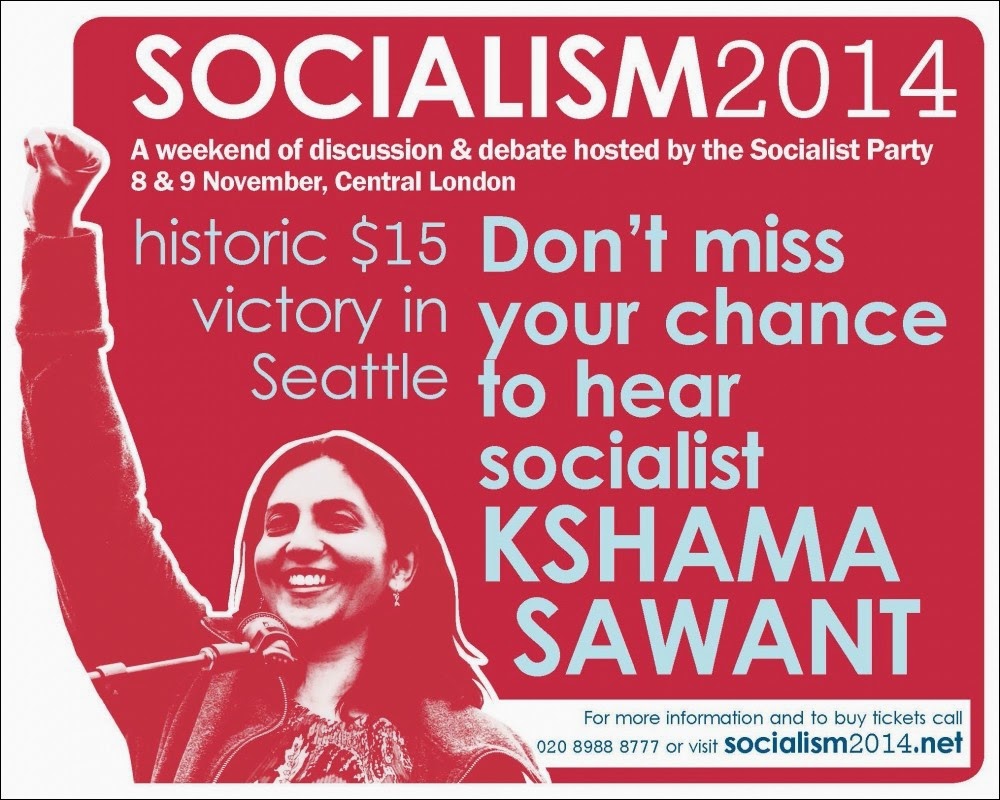 As the political party conference season ends, how many sit in despair, angry at the continued attacks from all parties on working people and their families, struggling to pay the bills, find work, affordable housing and provide a future for their children? Disenfranachised by a choice of four pro-austerity parties, workers preparing to take strike action to break the ConDem pay freeze are asking who is on their side? None of the four main parties, Conservative, Liberal Democrat, Labour or UKIP gave support to striking trade unionists on July 10 fighting for a living wage.

Our members in the Socialist Party are active opposing all cuts and supporting the struggles of trade unionists, communities, young people and students in defence of jobs, pay, benefits and public services.

We have taken the decision that without a party to take our side we must build one. Working with activists in the trade unions, our workplaces and communities, we have helped to establish the Trade Unionist and Socialist Coalition (TUSC). Backed by the militant transport union, the Rail Transport and Maritime union (RMT), TUSC stands to elect councillors who will refuse to vote for cuts.

In Southampton, rebel anti-cuts councillors, Keith Morrell and Don Thomas refused to vote for Labour cuts, were suspended and expelled for doing so but courageously stood by their pledge to local constituents and set up their own council group. In 2013 they presented a budget to the council protecting all jobs and services and outlining a campaign to mobilise support behind the demand to restore funding to the city council, stolen by the ConDem government since 2010.

Their campaign saved Oaklands Pool from closure with the support of council unions, UNITE, UNISON and the local community, showing what is possible.

In May this year, Keith was re-elected with 43% of the vote, a resounding endorsement of his stand against cuts, while Labour was pushed into third behind UKIP. If you want to find out more, if you want to get active in fighting the cuts, then join one of our branches across the south of England and be part of building a real alternative to austerity. Huge wealth exists in British society held in the hands of a handful of billionaires and corporations.

That wealth should be used to ensure full employment, a minimum wage for all of £10 hour, affordable housing, free health and education and public services for young and old. If changing society for the better is your goal, join the Socialist Party today.

If you want to meet other like-minded people and hear more about the alternative to inequality and austerity, come to our national event in London on 8th/9th November, Socialism 2014, which will be the largest gathering of socialists this year.

We have branches in Southampton, Portsmouth, Hampshire, Surrey, Reading, Bracknell, Aylesbury and Oxford. For more information email: spsrcwi2012@gmail.com or text your name and postcode to 07833 681910.