I’m 90 and still a socialist 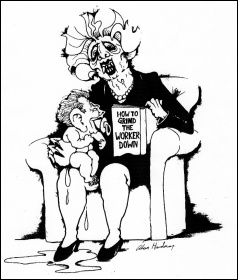 I’m coming up to 90 and have been a socialist since 18. I became an active socialist in the labour movement in the East End of London before moving to Buckinghamshire after the war.

I was active in the Labour Party, and ‘father of the chapel’ (union branch secretary) of the largest printing press in southern England. I was the Labour parliamentary candidate against David Lidington, now a Tory minister, when he first stood for Aylesbury in 1992.

I have always been on the left, and resigned from the Labour Party when Tony Blair went to war in 2003. I resigned because Labour had moved to the right under Blair and I couldn’t function as a socialist under his regime.

About ten years ago, I met a comrade in the Socialist Party in Aylesbury. I found that my beliefs coincided with theirs, especially in relation to the economy and nationalising its commanding heights, a policy the right wing is continually undermining.

I remain active to this day when I can. I still discuss politics and encourage people to join the Socialist Party and trade unions.