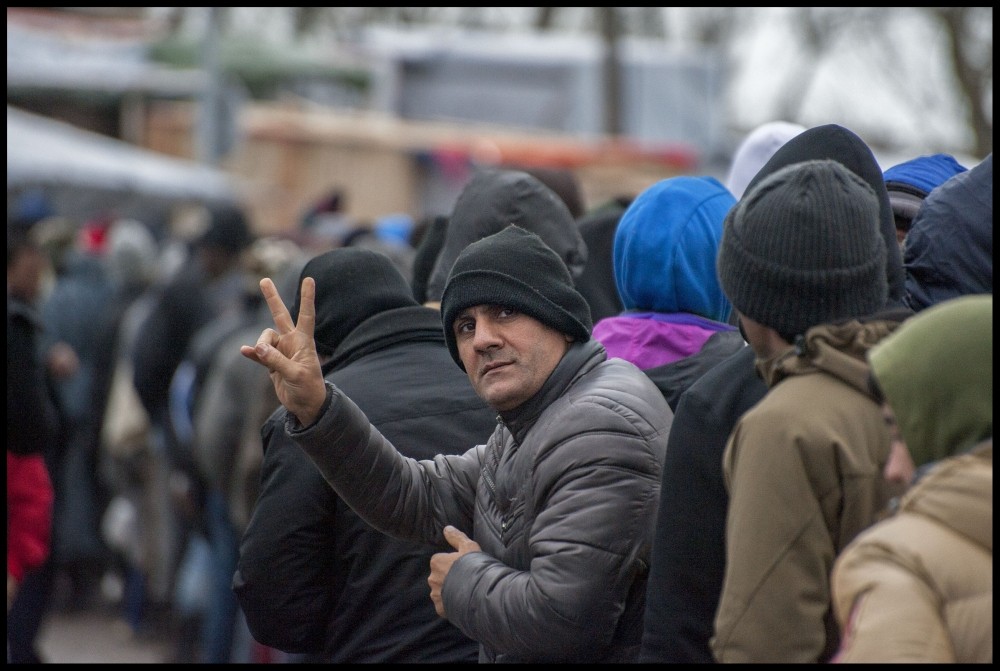 The contracts are eagerly snatched up by private companies like Serco, Mears, and Clearsprings, who profit from misery. Clearsprings manages the assessment centre in the rundown Napier barracks.

In the absence of public sector services, asylum seekers are thrown into a chaotic privately run system of religious groups, churches, charities and community organisations who compete with each other for grants or lottery funding to provide well-meaning but often inadequate services.

The 200 people attending our rally were confronted by a handful of far-right protesters, protected by a mass police presence. Their slogan called on the government to house veterans before refugees.

But at a recent rally in Dover, the transport union RMT assistant general secretary, Steve Hedley, said: “The far right say we don’t have enough houses to cope with asylum seekers; we say build more houses.”

And they didn’t read the slogan on the trade union council banner at this protest: “Fight for decent homes, jobs and services.”

Stop #privatisation- bring all #outsourced workers back in-house to #NHS

Unite the Union NI@UniteunionNI·
16 May