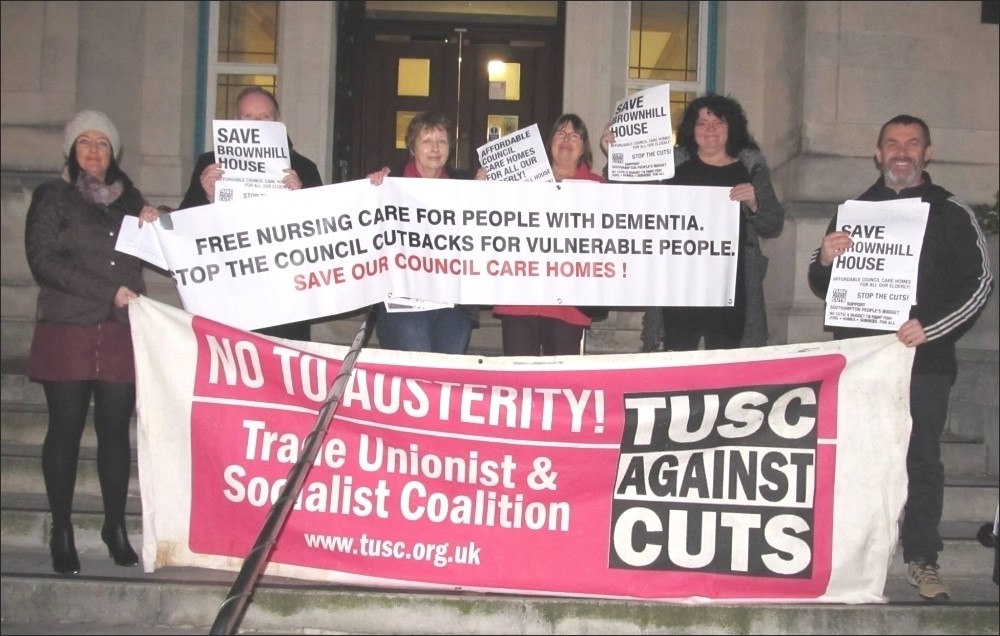 Starved of cash by continued Tory funding cuts, Labour councils are facing another round of budget cuts.

Local campaigners in Southampton have been horrified at the news that notorious privateer Capita has been under instructions from the Labour council to pressure social workers into cutting care packages to the elderly and disabled. The company has collected £200 in bonuses for each package cut.

Local communities are looking for a fightback against the cuts stripping their services. This year sees the end of weekly bin collections. Words will not save these services. Crocodile tears wont comfort the homeless camped out in local car parks.

We have tried to link up with local Labour Party activists and Corbyn supporters to mandate the council to oppose cuts in line with Unite and GMB national policy but Momentum dodged this question, leaving their supporters frustrated and angry.

Southampton Trade Unionist and Socialist Coalition (TUSC) has written to Labour councillors outlining what they can do to set a no-cuts budget and rally a mass campaign to fight for government funding. Council leader Simon Letts promised a response but it seems the letter has gone missing in the post.

Labour was elected in 2012 after a victorious strike by council workers against Tory cuts. After carrying out Tory cuts themselves, Labour has lost seats to the Tories every year since.

They now fear losing control of the council next year, so for the first time ever have set a two-year budget to try and avoid opposition in the run up to next year’s elections.

They should take courage from the success of anti-cuts councillors in Coxford who have been reelected on their record of fighting the cuts.

Southampton is rotten ripe for a fightback. If right-wing Labour councillors won’t lead one, they should step aside for those who will.

Socialist Party members will continue to fight and give support to all those standing up to the Tories!