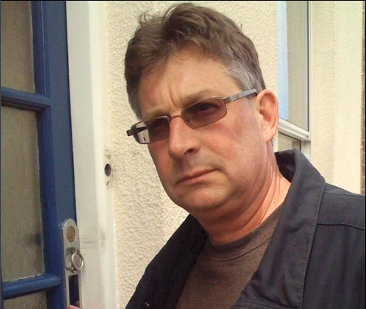 John Pickett, Socialist Party comrade and postal worker, has died very suddenly at the age of 63. I first met John in the early 1980s, just after he returned to Portsmouth after being at college in Stoke.

He and his brother Chris played a vital role in reinvigorating Militant (the Socialist Party’s predecessor) in Portsmouth and paving the way for a victorious battle against the Tory poll tax. He spoke at many public meetings, building the mass movement which destroyed Thatcher’s political career.

John had an encyclopaedic knowledge of the Marxist classics and his contributions at branch meetings and discussion groups were invaluable. He always had a fresh and interesting way of explaining Marxist ideas. He recently wrote ‘A Movement of Our Own’ about the early Labour Party, which is a gem of clarity and information.

He was an excellent chess player and was a member of the Royal Mail national team. He went to Hungary for an international competition.

He was fascinated by science, cricket and music of all kinds. He was modest and unassuming but an absolute stalwart of Marxism. He will be sorely missed.

John sold the Militant and its successor, the Socialist, to his workmates and sympathisers every week for decades. Active in the Communications Workers’ Union he was a long standing delegate to Portsmouth TUC.

In 2009 John, along with the Portsmouth SP, actively supported the Vestas factory workers’ occupation on the Isle of Wight, making regular visits to their evening rallies after a long day at work.

In the same year he took part in successful discussions with Portsmouth RMT transport union to build support for the left ‘No2EU-Yes2Democracy’ platform in the EU elections.

He also stood as a Trade Unionist and Socialist Coalition candidate on several occasions in Fratton Ward, strengthening support for the idea of a new workers’ party and our ties to the RMT.

Just recently he was pleased to bring his CWU rep from work to the Socialist Party branch to join in discussing Brexit, Corbyn and the fight for socialism.