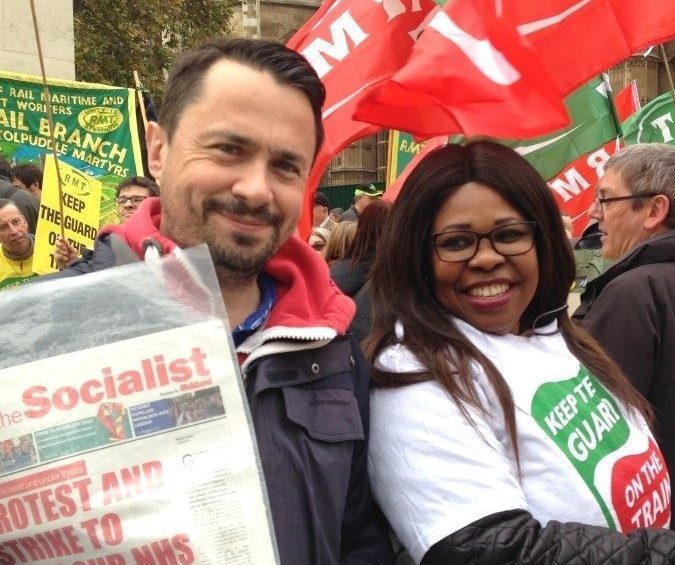 Workers have turned out in large numbers at the Southern Rail offices in Barnham, West Sussex, determined to win their dispute. “The result at ScotRail [where workers won a victory to keep conductors on every train] is a boost to our campaign and gives us confidence we can get a result,” was the view of an RMT member on the recent strike.

A train driver at Southern Rail also told us of their willingness to join the strike and their anger at the obstacles being put in their way by the courts and the anti-trade union legislation.

As the strike continues, fury among commuters is reaching boiling point. They see the company as woefully inefficient and are increasingly sympathetic to the arguments of the RMT over safety. Trains are so frequently cancelled, platforms get quickly over-crowded and fears grow that it will lead to accidents at stations.

With Southern Rail offering a bad service, threatening dangerous cuts while making huge profits, it’s no wonder support for the renationalisation of rail, a pledge made by Jeremy Corbyn during his successful re-election campaign, is so overwhelming.

If all these ingredients are brought together in support of the RMT, escalating the strike action by involving the train drivers, with commuters backed by the support of Jeremy Corbyn’s call to renationalise Southern Railway, pressure can be intensified on Southern Rail to retreat from their plans to remove the guard.