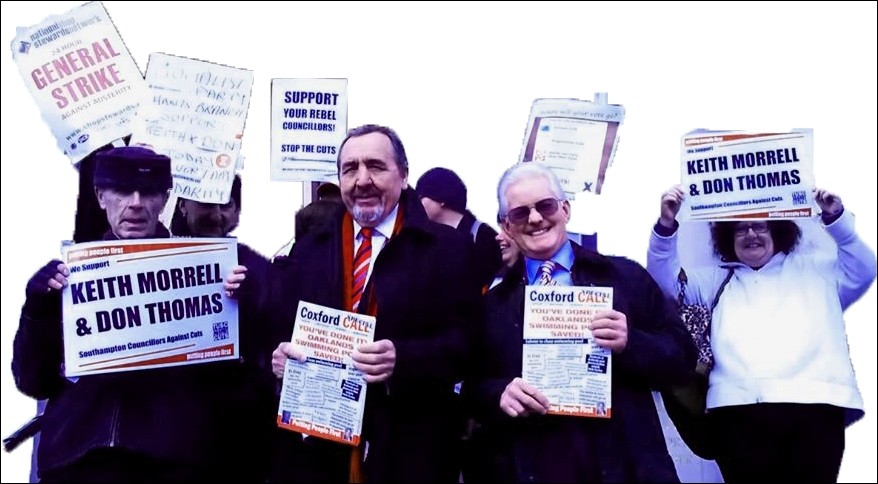 Southampton Labour Party recently held their AGM as the councillors in the cabinet voted through a further round of budget cuts.

“What is the role of the left in Labour? Surely it is to mobilise the thousands of new members around Corbyn’s anti-austerity demands and organise to take control of theLabour Party.

“But Momentum in Southampton have excluded experienced fighting socialists from meetings and refused to work with local anti-cuts councillors, Keith Morrell, Don and Tammy Thomas.”

Speakers put questions to council leader Simon Letts about the impact on Labour voters if they continued carrying out Tory cuts and demanded a campaign to oppose cuts, to applause from members.