Unison Members Barely Earning the Living Wage in Some Universities 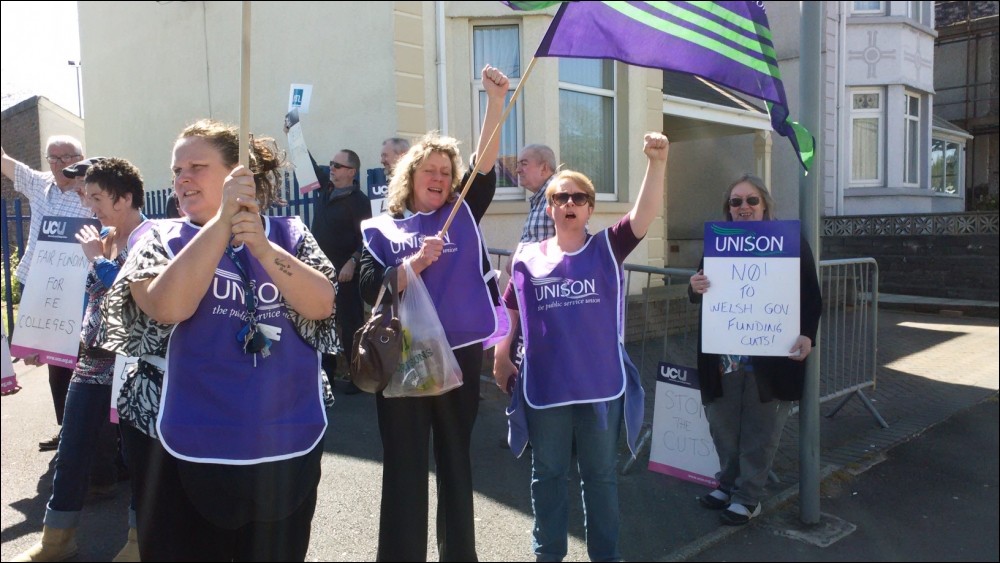 As terms and conditions throughout the UK are being chipped away, incomes are tightening and security in the workplace is in jeopardy, Unison members voted in September to decide whether or not to strike over the 1.1% pay offer that was made to most members. Workers on the lowest pay scale were offered slightly more but this didn’t even bring many to the living wage!

Unison’s higher education service group executive called on members to reject the offer and take strike action to get the employers to improve their offer. This followed the results of a consultation in which over two thirds of members who responded voted to reject the offer.

54.9% voted in favour of industrial action. But Unison decided that the vote was too close and there would be no industrial action taken. At the university where I work the 1.1% pay increase was implemented before the ballot had even ended.

I personally feel let down by Unison on this decision. I work with colleagues in their thirties that have had to return to living with parents when relationships have broken down because the cost of rent and living is too great for their own salaries.

These are people working full-time but struggling against ever-increasing rents and the cost of living, watching vice chancellors get a 6.1% pay rise while their union accepts a measly 1.1%.

According to recent freedom of information requests sent to all UK universities by Unison, the number of staff paid over £100,000 has increased to over 5,000 – so there is clearly money available for those at the very top in higher education. In contrast, 12,000 staff are currently paid below the living wage of £8.25.

Come on Unison, do something about it! Don’t just roll over and take it – we need to organise, fight back and show them we are worth it.