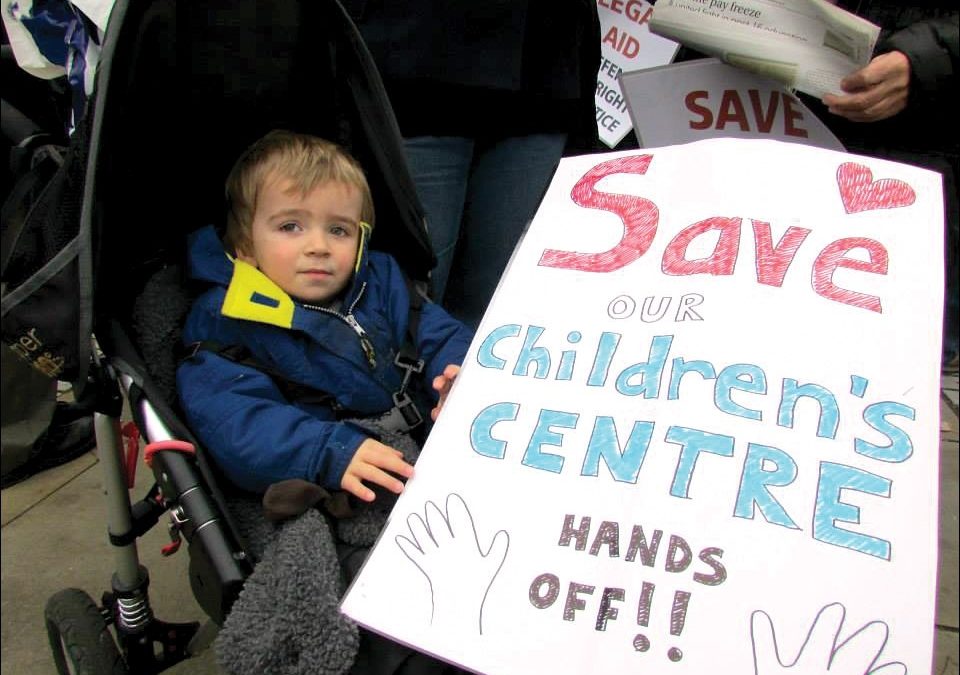 Conservative West Sussex County Council is planning to axe 32 children’s centres and twelve youth centres. The council is facing a massive budget shortfall, as much as £105 million over the next three years, according to its own figures. This is due to the devastating economic fallout from the coronavirus crisis and huge cuts in funding from central government. And rather than demanding more money from government, they are putting services onto the chopping block.

In the hope of saving a paltry £1.95 million a year, the council is planning to close 32 out of 44 award-winning early help children’s centres in the county, as well as all of the ‘Find It Out’ youth centres which give advice to teenagers and young adults.

The Socialist Party Brighton and Sussex branch is campaigning to stop this act of social vandalism. We aim to join with local people, staff at the centres organised in the union Unison, as well as any local Labour Party councillors who will vote to oppose cuts.

A petition signed by at least 500 local people, calling for a halt to the cuts, has already been dismissed out of hand by the Tory council and their Lib Dem collaborators. We need to build wider support for the campaign, including organising protests and supporting workers if they decide to take industrial action.

Our demands are simple and straightforward – no cuts and no job losses!

It’s not just these centres under threat; we know that this is the first shot of a much bigger attack aimed at our public services. We know the same councillors are planning to make 50% cuts to day and respite care, which help struggling parents or parents of neuro-divergent children. We know that centre closures only account for less than 2% of the planned cuts.

Working-class people did not cause this crisis, and so it should not be us who pay for it with higher taxes, job losses, and reduced access to services.

Councils in England hold billions in reserves. This money must be used immediately to prevent further austerity. Meanwhile, a battle must be waged to fight for the Tories to replenish local authority funding that has been slashed in the last decade of austerity. After all, we now know that the ‘magic money tree’ does exist when it comes to bailing out big business.

With local elections on the horizon, the Socialist Party plans to stand as part of the Trade Union and Socialists Coalition (TUSC). At the centre of TUSC’s election platform is the demand for no more cuts, and a pledge from all candidates to vote against all cuts in the council chamber.